A perspective … some significant Historic Inspirations for advancing the One Medicine/One Health concept & movement – 19th, 20th and 21st Centuries

Rudolf Virchow, MD (the father of cellular pathology and coined the term "zoonosis")

“Between animal and human medicine there are no dividing lines--nor should there be.  The object is different but the experience obtained constitutes the basis of all medicine.” From Osler to Olafson. The Evolution of Veterinary Pathology in North America https://pubmed.ncbi.nlm.nih.gov/3552167/

" ... by 1884, Osler had already left his indelible imprint on the students (both medical and veterinary) he had taught in Montreal, one of whom took over the teaching of pathology in the veterinary college. Another, who followed Osler's example and also studied in Berlin with Virchow, wrote the first book in the English language on veterinary post mortem technique in 1889." “Langmuir established the EIS program as an early warning system against biologic warfare. EIS officers then and now are physicians, veterinarians, nurses, and health scientists who serve 2-year assignments.”  https://academic.oup.com/aje/article/144/Supplement_8/S47/110320 and https://www.ncbi.nlm.nih.gov/pmc/articles/PMC4550144/.

"I thank you for your email and congratulate you and your colleagues in promoting the “One Medicine” concept. It is an initiative that is long overdue but, at the same time, I don’t personally identify dramatic solutions that are apt to change the landscape in the short term. I would note that when one has had the good fortune to have enjoyed the tutelage of Jim Steele* during my tenure at CDC and periodically ever since, as a friend, the one medicine concept becomes well engrained. Indeed, when I came to Hopkins as Dean in 1977, I cast about to determine how we might link up with a veterinary school for research and educational purposes. Unfortunately, geography was simply too great a hurdle to overcome.

Bottom line: I would be more than happy to do whatever I could in support of your efforts." 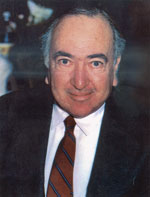 " ... With DVM and MD degrees in hand, Mike interned at the US Public Health Service Hospital (Boston, MA, USA). This internship led to his recruitment by Alexander D. Langmuir (1910–1993) and a transformative 2-year stint in Langmuir’s Atlanta-based Epidemic Intelligence Service (EIS) training program at the (then-named) Center for Disease Control (CDC). Mike’s EIS experiences included a 1964 deployment to Vietnam to investigate infectious disease threats in the war and an important friendship with *James Harlan Steele, DVM (1913–2013), the renowned veterinary epidemiologist/epizootiologist whose leadership helped to formulate their shared concept of “One Health”—the idea that humans, animals, and the environment are all part of an intertwined ecosystem with respect to disease occurrence and microbial evolution—and to shape the conceptualization of emerging infectious diseases (3). ..."

Note: A strong longstanding One Health advocate, Dr. Schultz, a trained Doctor of Veterinary Medicine (veterinarian) and Doctor of Medicine, MD (physician), detected a cluster of pneumonia cases in the early 1980s which helped public health officials identify the AIDS epidemic.  As an infectious disease epidemiologist with the U.S. Centers for Disease Control and Prevention (CDC), Schultz created the Parasitic Diseases Drug Service to provide physicians with medicines to treat rare illnesses.  One was pentamidine.  Prescribed for patients with African sleeping sickness, it was also made available to treat patients with pneumocystis pneumonia in the early years of the AIDS epidemic, when few alternatives were available.  He published more than 110 papers and book chapters, mainly on epidemiologic subjects.  He also published special articles on the history of medicine in the New England Journal of Medicine, the Journal of the American Medical Association, the American Journal of Tropical Medicine & Hygiene, and Emerging Infectious Diseases and served as an epidemiological consultant to the World Health Organization, the Pan American Health Organization, and the Ministries of Health of the Republic of South Vietnam, Poland, Egypt, Haiti, Federal Republic of Germany, People’s Republic of China, Republic of China (Taiwan), Indonesia, Israel, Saudi Arabia, and Zimbabwe. 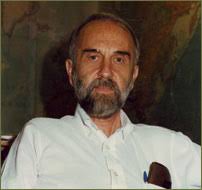 Calvin W. Schwabe, DVM, MPH, ScD – coined the term “One Medicine” and crystalized the concept (now called “One Health”) in the 20th century 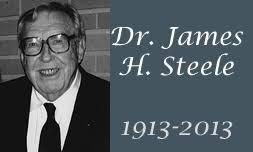 *James H. Steele, DVM, MPH – established the veterinary division at the “Communicable Disease Center” https://www.cdc.gov/about/history/index.html now known as the U.S. Centers for Disease Control and Prevention (CDC) in 1947—Dr. Steele continued his extraordinary global public health and One Health leadership endeavors through the early 1st decade and three years into the second of the 21st century.

“Who sees further, a dwarf or a giant? Surely a giant for his eyes are situated at a higher level than those of the dwarf. But if the dwarf is placed on the shoulder of the giant who sees further? . . . So too we are dwarfs astride the shoulders of giants. We master their wisdom and move beyond it. Due to their wisdom we grow wise and are able to say all that we say, but not because we are greater than they.”

We all stand on the shoulders of Jim Steele and are healthier and wiser because of him."