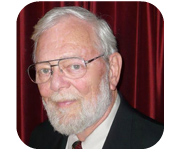 Fred Murphy and I collaborated on zoonotic viruses, their pathogenesis, epidemiology, and ecology; initially at great distance but later in daily contact at CDC.  Although Ebola virus was perhaps the most notable project, our work over many years truly exemplifies the concept of One World, One Medicine, One Health.

My prayer is that support, both scientific and financial, for the marriage of human and veterinary medicine will grow at an ever expanding rate.  The earth requires it. 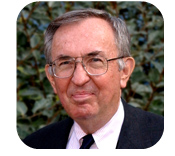 My recent delving into the foundations of medical and veterinary virology has provided much evidence of common roots and incredible early interplay, much more than we see today. For example, Walter Reed and his colleagues, the discoverers of the first human virus, yellow fever virus, acknowledged the influence of Friedrich Loeffler and Paul Frosch, who had discovered the first virus, foot-and-mouth disease virus, a few years earlier.

From my reading, it was Sir William Osler, the founder of modern human medicine and of veterinary pathology, who in the late 1800s coined the term One Medicine. Calvin Schwabe, the inspiring veterinary epidemiologist from UC Davis, has been credited with revitalizing the concept, and now it seems that the concept is gaining new breadth and depth, thanks to the efforts of the One Health Initiative. As others have noted, bringing substance to the concept, shaking up institutions and individuals, will require a difficult and long-term effort, especially as this applies to the interplay of physicians, veterinarians and biological scientists in biomedical research and in the scholarly base for public health – but, as Arnold Palmer said, “Never up, never in.”

I applaud your efforts and would be glad to help in any way I can.