The 21st Century U.S. and Worldwide Landmark Catalyst for “One Medicine-One Health”

Arguably, the major 21st century’s U.S. and worldwide landmark impetus and re-awakening for the rekindled “One Medicine-One Health” movement was the ...

“The challenges and obligations of health professionals have never been tested as we are today to truly reestablish our social responsibility.”

It has been a special privilege to serve as the Chair of the One Health Initiative Task Force (OHITF). The concept of One Health is not new and perhaps has even enjoyed stronger endorsement and support in past decades prior to the advent of clinical specialization in human and veterinary medicine. Achieving the end point of One Health is truly one of the critical challenges facing humankind today.

The Task Force is acutely aware of the heroes of the past such as William Osler and Rudolf Virchow, the Father of Comparative Pathology. Even the seminal scientific work of both Louis Pasteur and Robert Koch demonstrated the importance of comparative medicine and biomedical research. Both were early practitioners of One Health and their findings represented enormous medical breakthroughs of the 19th century. We also remember the early efforts of Rachel Carson(1), who raised an awakening of an entire generation to environmental issues, leading to an appreciation of the health of the environment as an integral component to the One Health concept.

**Pioneers in this field include former Assistant Surgeon General James Steele, who epitomizes One Health. Dr. Steele organized and developed the first Veterinary Public Health program with the Centers for Disease Control (CDC) in the 1940s, and was responsible for the official inclusion of veterinarians into the US Public Health Service, beginning in 1947. It was the groundbreaking work of Dr. Steele, partnering with physicians and other health professionals, which led to rapid advances in the control and prevention of zoonotic diseases both in the US and internationally.

However, for me personally, and for many members of the Task Force, we fondly remember the pioneering and visionary efforts of **Dr. Calvin Schwabe. We were influenced and “converted” to One Health by Dr. Schwabe, who spent a lifetime practicing and teaching the principles of One Health. The Task Force members wish to honor Dr. Schwabe by dedicating this report to him.

Acknowledgments
The American Veterinary Medical Association (AVMA), and this Task Force in particular, have been well served by committed volunteers who give their time and energy to work on important issues to improve and advance the veterinary profession. The American Medical Association (AMA) and American Public Health Association (APHA), as well as other professional organizations, operate similarly and are also dependent on volunteers. I commend these dedicated professionals and salute them for their hard work and aspirations to make a difference in the lives of the people and animals that we serve.

I am especially appreciative and thank my fellow task force members. The OHITF members have added remarkable insights, wisdom, and intellect into this report and to our deliberations. The group has formed a strong camaraderie and has enthusiastically devoted themselves to the cause of One Health today and for the future.

In addition, the AVMA is fortunate to have a talented, energetic, and superb staff. The entire Task Force wishes to both acknowledge and thank Drs. Lynne White-Shim, Heather Case, Elizabeth Curry-Galvin, and Ms. Ellen Pietka, all of whom gave tirelessly to supporting our Task Force and this project. Other staff members, including Dr. Janis Audin, J.B. Hancock, and Sharon Curtis Granskog, have also added real value to our work. Finally, I would like to thank Dr. Roger Mahr, who championed the One Health concept and greatly helped elevate it as part of the AVMA’s agenda. 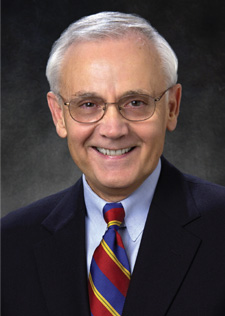 The One Health Commission (OHC) www.onehealthcommission.org evolved from this endeavor and on June 9, 2009 was officially chartered in Washington, D.C. as a 501(c)3, non-profit organization with eight founding institutional members and continues to date. 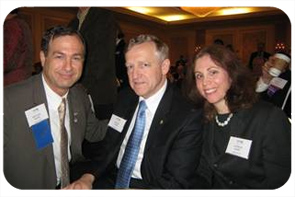 The AMA “One Health” resolution was originally drafted by Dr. Kahn under Dr. Davis’s guidance. Thomas P. Monath, MD and Bruce Kaplan, DVM assisted. The historic “One Health” liaison between AVMA and AMA [in effect today] was fostered by collaboration between Drs. Mahr and Davis.

_____Editor’s observation (Having been in telephone and email communication before and during the Chicago, Il AMA convention, talking with AMA President Dr. Davis—and in numerous telephone conversations with Dr. Steele, who was notably using the phrase “One Medicine-One Health-One World” in our private discussions in the mid-1990s): Ergo,**background history of Drs. Schwabe’s and Steele’s written/oral influence likely constitutes a compelling case for where, how from and why the term “One Health” https://pubmed.ncbi.nlm.nih.gov/21706464/; https://wwwnc.cdc.gov/eid/article/17/12/11-0484 was subsequently used within the adopted momentous AMA “One Health” resolution text. Indeed, Schwabe’s milestone book entitled “Veterinary Medicine and Human Health” included three editions (1964, 1967, and 1984). Each edition progressively expanded insight into the realization that implicitly, a “One Medicine-One Health” approach was inherent and essential towards the advancement of human, animal and environmental health and wellbeing. Two highlighted primary aspects explored and considered, in actuality during the 1940s, 1950s and long before, were having crucial visionary impacts for global public health and comparative medicine research endeavors via transdisciplinary, multidisciplinary, interdisciplinary collaborations and endeavors, i.e. a One Health approach__________