“... veterinary medicine is, and always has been a human health profession.  ...”

... who made a 20th century-modern day case for pursuing the issue well before the 21st century advent of the term “One Health” per se [derived from and an extension of the One Medicine concept]...

"Cattle, Priests, and Progress in Medicine was first published in 1978. Minnesota Archive Editions uses digital technology to make long-unavailable books once again accessible, and are published unaltered from the original University of Minnesota Press editions.

The author shows that over the centuries many of the most significant breakthroughs in improving humans health have been closely associated with observations and experiments on animals other than man. Because human medical progress has been so dependent on veterinary studies, he urges that schools of veterinary medicine assume a much greater role in the training of persons for research in human medicine.

To illuminate the historical link between animals and man in medical progress, Professor Schwabe recounts highlights in the history of medicine from ancient times onward. He describes the early history of man in terms of animal cultures, focusing on the prehistoric Nile Valley, and points to similarities in medical knowledge between present-day "cattle" societies in Northeastern Africa and the ancient people of the Nile. He discusses the comparative healers of ancient Egypt, the comparative foundations of Greek medicine, the Arabic contribution, Sicily and the beginnings of modern medicine, and subsequent developments through the Renaissance .Bringing the history down to modern times, Professor Schwabe emphasizes the role of veterinary medicine in medical research. He outlines specific reforms in the curricula of schools and colleges of veterinary medicine which would provide for the education of medical investigators." ...

Dr. Schwabe said, “... veterinary medicine is, and always has been a human health profession.  Key aspects of these specific disease relationships concern discoveries in animals  about bodily functions, mechanisms of disease, and means for preserving health that may be extrapolated to analogous human functions, mechanisms, and means by the reasoning process.  This book is concerned with only this single aspect the much broader total relationship of veterinary medicine to man’s health.  I discussed some other aspects of these relationships in *Veterinary Medicine and Human Health (1969) https://books.google.com/books/about/Veterinary_Medicine_and_Human_Health.html?id=W1dtAAAAMAAJ ...” see pp 4,5. 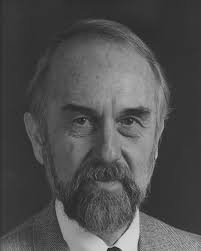 Calvin W. Schwabe, DVM, MPH, ScD – coined the term “One Medicine” and crystalized the concept (now called “One Health”) in the 20th century

A perspective … some significant Historic Inspirations for advancing the One Medicine/One Health concept & movement – 19th, 20th and 21st Centuries *https://onehealthinitiative.com/a-perspective-some-significant-historic-inspirations-for-advancing-the-one-medicine-one-health-concept-movement-19th-20th-and-21st-centuries/

Like Schwabe, Fox gave a 1973 “Annual Wesley Spink Memorial Lecture” when he was Associate Professor of Psychology, Washington University, St. Louis viz. #1) "The Behavior of Wolves, dogs and Man" #2) "Ethology - the Study of Man and Beast". #3) "The Ontogeny of Behavior-From Womb to Tomb". #4) "Applied Ethology and Comparative Psychopathology". #5) "Concepts in Ethology, Animal and Human Behavior".