One Health Videos (August 2022) via Google

Is One Health at a Turning Point? – Impakter

“…The Tennessee Department of Agriculture’s Animal Health Division is responsible for promoting animal health in Tennessee. The state veterinarian’s office seeks to prevent the spread of disease through import and movement requirements, livestock traceability, disaster mitigation, and the services of the C.E. Kord Animal Health Diagnostic Laboratory. The division collaborates with other health-related stakeholders, academic institutions, and extension services to support One Health, an initiative to improve health for people and animals.”

One Health: why we need to combine disease surveillance and climate modelling to preempt future pandemics (theconversation.com)

Efforts to mitigate the increasing emergence of antimicrobial resistance (AMR) will benefit from a One Health perspective, as over half of animal antimicrobials are also considered medically important in humans, and AMR can be maintained in the environment. This is especially pertinent to low- and middle-income countries and in community settings, where an estimated 80% of all antibiotics are used. This study features AMR genes found among humans, animals, and water at an urban informal settlement in Nepal with intensifying livestock production. We sampled humans, chickens, ducks, swine, and water clustered by household, as well as rodents and shrews near dwellings, concurrently in time in July 2017 in southeastern Kathmandu along the Manohara river. Real-time qualitative PCR was performed to screen for 88 genes. Our results characterize the animal-human-environmental interfaces related to the occurrence of specific resistance genes (blaSHV-1 (SHV(238G240E) strain), QnrS, ermC, tetA, tetB, aacC2, aadA1) associated with antibiotics of global health importance that comprise several drug classes, including aminoglycosides, beta-lactams, tetracyclines, macrolides, and fluoroquinolones. By characterizing risk factors across AMR genes of public health importance, this research highlights potential transmission pathways for further investigation and provides prioritization of community-based prevention and intervention efforts for disrupting AMR transmission of critically important antibiotics used in both humans and animals in Nepal.

Towards an integrated surveillance of zoonotic diseases in Burkina Faso: the case of anthrax | BMC Public Health | Full Text (biomedcentral.com)

What is One Health? | UArizona Health Sciences

Vaccines to Prevent Coccidioidomycosis: A Gene-Deletion Mutant of Coccidioides Posadasii as a Viable Candidate for Human Trials

Abstract: Coccidioidomycosis is an endemic fungal infection that is reported in up to 20,000 persons per year and has an economic impact close to $1.5 billion. Natural infection virtually always confers protection from future exposure, and this suggests that a preventative vaccine strategy is likely to succeed. We here review progress toward that objective. There has been ongoing research to discover a coccidioidal vaccine over the past seven decades, including one phase III clinical trial, but for reasons of either efficacy or feasibility, a safe and effective vaccine has not yet been developed. This review first summarizes the past research to develop a coccidioidal vaccine. It then details the evidence that supports a live, gene-deletion vaccine candidate as suitable for further development as both a veterinary and a human clinical product. Finally, a plausible vaccine development plan is described which would be applicable to this vaccine candidate and also useful to other future candidates. The public health and economic impact of coccidioidomycosis fully justifies a public private partnership for vaccine development, and the development of a vaccine for this orphan disease will likely require some degree of public funding.

University of Nicosia: Educating Doctors in Veterinary Medicine through a multidisciplinary course

One Health recognises that the health of people is connected to the health of animals and the environment. This has been evident throughout the …

… priorities including comprehensive field investigations that follow a One Health approach, and clinical management and treatment approaches.

Rutgers to Hold Regional One Health Consortium Conference to Address Zoonotic Diseases and Their Impact on Human, Animal and Environmental Health (newswise.com)

BACKGROUND:        New Jersey is the first state to formally establish through legislation a One Health task force to fight prevent, monitor and control zoonotic and environmental public health threats and disease transmission from animals to people.

A video of the ceremony is available on our *Facebook page at American Veterinary Epidemiology Society.

Thank you Hartz for being our sponsor since 1964.

Join Us in Fighting Infectious Diseases!

The University of Texas Medical Branch in Galveston is world-famous for its excellence in emerging infectious disease research and training. We are looking for new team members who have a passion to protect the world against today’s and tomorrow’s emerging infectious disease threats. If you want to make the world a better place by fighting these diseases, then join our interdisciplinary, One Health-oriented team. Here are our employment opportunities:
•    Postdoctoral Fellows, Internal Medicine-Infectious Disease (Two positions)
•    Physician-Scientist T32 Training in Emerging Infectious Diseases
•    Program Manager – Center for Tropical Diseases
________ 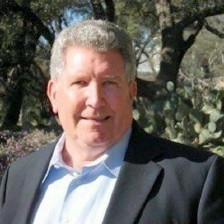 Religions and One Health Advocacy: Much in Common, Much Needs to Be Done

“Diseases and pandemics have meant the world shares a common nightmare. While science can offer some answers as to why and what to do, for many, the reaction to the disease brought them to turn to religion and look at one or another form of faith to find solace.

But in a wider sense, this is a two-way street: religions influence values and our actions. Connecting religious policies and influencers with the nexus between humans, animals, and the environment – One Health – would be powerful and consistent with the teachings of most of the world’s faiths.  …”

The molecular epidemiology of multiple zoonotic origins of SARS-CoV-2 (science.org)

Understanding the circumstances that lead to pandemics is important for their prevention. Here, we analyze the genomic diversity of severe acute respiratory syndrome coronavirus 2 (SARS-CoV-2) early in the coronavirus disease 2019 (COVID-19) pandemic. We show that SARS-CoV-2 genomic diversity before February 2020 likely comprised only two distinct viral lineages, denoted A and B. Phylodynamic rooting methods, coupled with epidemic simulations, reveal that these lineages were the result of at least two separate cross-species transmission events into humans. The first zoonotic transmission likely involved lineage B viruses around 18 November 2019 (23 October–8 December), while the separate introduction of lineage A likely occurred within weeks of this event. These findings indicate that it is unlikely that SARS-CoV-2 circulated widely in humans prior to November 2019 and define the narrow window between when SARS-CoV-2 first jumped into humans and when the first cases of COVID-19 were reported. As with other coronaviruses, SARS-CoV-2 emergence likely resulted from multiple zoonotic events.

The Huanan Seafood Wholesale Market in Wuhan was the early epicenter of the COVID-19 pandemic (science.org)

Understanding how severe acute respiratory syndrome coronavirus 2 (SARS-CoV-2) emerged in 2019 is critical to preventing zoonotic outbreaks before they become the next pandemic. The Huanan Seafood Wholesale Market in Wuhan, China, was identified as a likely source of cases in early reports but later this conclusion became controversial. We show the earliest known COVID-19 cases from December 2019, including those without reported direct links, were geographically centered on this market. We report that live SARS-CoV-2 susceptible mammals were sold at the market in late 2019 and, within the market, SARS-CoV-2-positive environmental samples were spatially associated with vendors selling live mammals. While there is insufficient evidence to define upstream events, and exact circumstances remain obscure, our analyses indicate that the emergence of SARS-CoV-2 occurred via the live wildlife trade in China, and show that the Huanan market was the epicenter of the COVID-19 pandemic.

Dealing With Infectious Disease Outbreaks: Up to the Job? – Impakter

The WHO mechanisms we have at global level are improved up to a point, but much remains to be done

“… The message is clear that possibilities of new infectious diseases may come from human incursions to natural habitats with opportunistic infections taking advantage of the denser environment. It argues for more proactive surveillance of wildlife, especially, at known possible hotspots, and a One Health approach.  …”

*Member One Health Initiative Advisory Board